Johnny Webb in Corsicana, Texas. Webb, who testified that Cameron Todd Willingham made a jailhouse confession to him that he murdered his three children, has come forward to say he gave false testimony. Michel du Cille/The Washington Post

CORSICANA, Tex. — More than a decade after Cameron Todd Willingham was executed for the arson murder of his three young daughters, new evidence has emerged that indicates that a key prosecution witness testified in return for a secret promise to have his own criminal sentence reduced.

In a previously undisclosed letter that the witness, Johnny E. Webb, wrote from prison in 1996, he urged the lead prosecutor in Willingham’s case to make good on what Webb described as an earlier promise to downgrade his conviction. Webb also hinted that he might make his complaint public.

Within days, the prosecutor, John H. Jackson, sought out the Navarro County judge who had handled Willingham’s case and came away with a court order that altered the record of Webb’s robbery conviction to make him immediately eligible for parole. Webb would later recant his testimony that Willingham confessed to setting his house on fire with the toddlers inside.

Jackson’s handling of the case is now under investigation by the State Bar of Texas, following a formal complaint of prosecutorial misconduct last summer. That grievance asked that Jackson be sanctioned or even prosecuted for falsifying official records, withholding evidence and obstructing justice.

On Monday, an attorney for Jackson said he expected the Texas bar to notify his client soon that it will pursue formal charges of misconduct. The attorney, Joseph E. Byrne, said Jackson would seek to have any such charges heard by a jury, as the bar rules allow.

READ “The Prosecutor and the Snitch” at The Marshall Project HERE.

MoPo’s latest, published this week in the New Republic.

With 726 inmates sentenced to die, California has the largest death row in America. The state has executed just thirteen death row inmates since capital punishment was reinstated in 1977, and none since 2006. The path from conviction to lethal injection for those who were executed has taken as long as twenty-five years.

In May, the National Registry released a report describing the first 873 exonerations it identified – including seventy-nine state exonerations and one federal exoneration in California. The Report emphasized that the 873 were only a beginning—that the true number of exonerations still is unknown because there is no formal system for recording such cases as they occur.

Since then, the number of exonerations on the National Registry has grown to 996 and will soon top 1,000, according to Samuel Gross, Law Professor at the University of Michigan and editor of the Registry.

CLICK HERE TO READ THE ARTICLE IN ITS ENTIRETY.

From “Death, Despair and Destruction: A Few Long Reads” by Sam Wooley/The Chicago Reader, May 16, 2012 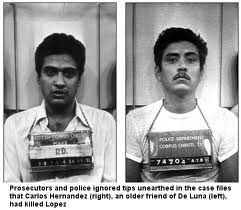 On Monday night, the Columbia University Human Rights Review released its spring issue, which is dedicated entirely to a single legal case: the 1989 execution of Carlos DeLuna, which the Review claims was in error, for murdering a woman during a robbery in Corpus Christi in 1983. The entire report is online at thewrongcarlos.net. On the Atlantic website, Andrew Cohen provides a passionate distillation, beginning and ending with a mention of Supreme Court justice Antonin Scalia, who’s claimed that the history of capital punishment has been error-free. “If [a wrongful execution] had occurred in recent years, we would not have to hunt for it,” Scalia wrote in 2006. “[T]he innocent’s name would be shouted from the rooftops by the abolition lobby.”

No physical evidence and only one “sketchy” eyewitness tied DeLuna to the crime, Cohen notes, and it was “common knowledge” around Corpus Christi that another man, Carlos Hernandez, had committed the crime—it’s said that he “couldn’t stop bragging” about it. The Chicago Tribune has already investigated the DeLuna case. In 2006 reporters Steve Mills and Maurice Possley wrote that they “identified five people who say Hernandez told them that he stabbed Lopez and that De Luna, whom he called his ‘stupid tocayo,’ or namesake, went to Death Row in his place.” 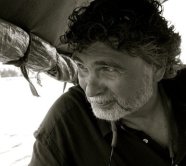